The Roots Of Italo Disco 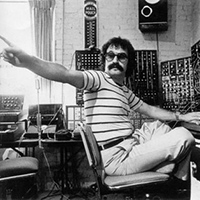 In order to explore the roots of Italo Disco, we have to go back to the end of the seventies when Disco music was at the height of its popularity. Italo Disco, or better said, Dance Music Made In Italy, following the exact meaning of words, drew inspiration from many existing sources. One of them was American Disco & Funk.

Perhaps, the most prominent Italian “funksters” were musicians assembled together by two men – a visionary and deeply troubled producer Fred Jacques Petrus (“Peter Jacques Band”), and a young musician from Bologna Mauro Malavasi.

Their collaborators were responsible for many productions for Little Macho Music (Goody Music, Speed Records, Renaissance) and the bands like Change, D.D. Sound, Easy Going, Flowchart, B. B. & Q Band (which stands for Brooklyn, Bronx and Queens Band). Petrus and Malavasi created a new, Italian sound that was a fusion of American Disco / Funk and synthesizer-driven Euro Disco. Italo Funk sounds very much like American Disco music. However, Italian tracks were easily identifiable by their catchy melodies. Emphasis on melody was a conscious choice made by Fred J. Petrus and Mauro Malavasi, and became the most significant trait of the Italian sound. In 1981 Mr. Petrus made an interesting point explaining his philosophy: “The X-factor in Italian music is having too much melody“.

Italian disco records produced for Little Macho Music often featured very long extended versions on the A side of 12″ single, and a Dub / instrumental version on the B side. It was quite common to find a song that was over seven minutes long and featured one or more endless percussive funky breaks. Tom Moulton (an American producer who was more famous for his brilliant remixes) invented the first 12″ single. Fred Jacques Petrus, an Italian, made it Dee Jay-friendly. Italian “12″ Mix” was a record that made it easier for Dee Jays to segue two records together.

The other major source of musical influences was an electronic Euro Disco sound created by another Italian living in Germany at the time, Giorgio Moroder. Giorgio and his collaborator Pete Belotte are commonly credited with starting the whole Euro Disco craze with the song “Love to love you baby” performed by Donna Summer. Giorgio’s created his own unique signature dance sound – “a galloping bassline”, commonly referred as “Four on the floor”, created with help of a MOOG synthesizer that replaced a “live” drummer.

However, it was Giorgio’s “From Here To Eternity” album released in 1977 on OASIS label, with its less funky, but more electronic sound that inspired many future Italo Disco musicians. The entire “A” side of the album was presented as a mix (it was a staple of fashion and innovation at that time) for nonstop dancing. “From Here To Eternity” was reinterpreted several more times: first in 1983 by Mauro Farina and Hananas (Zanza Label) and later, in 1988 by Marcello Catalano – Colby “From here To Eternity” (Techology), only to prove again its undying inspirational power.

Technological revolution most certainly aided the development of Italo Disco. Electronic drum machines and affordable synthesizers became “the thing” to use in record production: it was much cheaper to make dance records, and a producer needed fewer people to make a recording.

The late 1970s saw a radical move to end the disco era in the USA and the UK. It was viewed by many as an attempt by macho rock lovers to stamp out the gay liberation and black pride movements. Culminating in a symbolic burning of piles of disco records at Chicago’s baseball stadium Comiskey Park. The so-called Disco Demolition Night staged in Chicago, Illinois, on July 12, 1979, involved thousands of baseball fans bringing along their unwanted disco records and burning them. The rally caused such a commotion that the game was cancelled when enraged crowd began to tear up the stadium. The anti-disco campaign was imitated overseas and was supported by radio stations in the UK and Australia.

From that point on, Disco music went back underground and started to change. Eventually, Disco reinvented itself with the introduction of synthesizers and electronic drum machines. Ironically, it was the underground dance music scene (not the large music corporations), led by creative Dee Jays and supported by club patrons, was once again ultimately responsible for development of new styles of dance music.

Hip hop was emerging in the East Coast, and Electro became a new thing in black music. The Italians were about to launch a new dance music that later became a precursor to what we know now as “House”.

Another important reason for the expedient development of Italo Disco in Europe was purely economic. In the early 80s US dollar was traded too high against Italian lira. US records imports were expensive. Main music importers were forced to drastically reduce orders for imports and refocused their business on the local productions. Fulltime, Discomagic, IL Discotto and many other record labels were born from the main Disco music importers out of sheer economic necessity. Italian productions began to flood European music market and it was difficult to find any US imports in Italian record shops.

Most of the Italo-Disco records were produced by studio session men, mainly keyboardists, or Dee Jays-turned-musicians who had very little or no skill of playing musical instruments. Their sole assets were only their ears, uncanny feel for dance music’s flavor of the moment and understanding of their audience. That was the time when many Italian Dee Jays started to experiment with synthesizers and electronic drum machines, playing keyboards slowly with just one finger and then elevating the speed with computers. Many young musicians were able to earn some money with low cost productions and fast consuming product.”

The stripped down, minimalist version of Italo Funk resulted in “Spaghetti-Dance” music. That new sound was completely different from what the old Dee Jays were used to listen to: there was no strings, no brass, only synthesizers, keyboards and drums machines. Italo Disco was all about percussion. The classic Italo sound was created only by keyboards. The rhythm section was totally electronic. The voice was used only as an instrument to complete the melody. Most of the songs were very simplistic in structure, but they all had the Italian signature – those infectious melodies, with catchy hooks, and always in 4/4.

New music needed a new and preferably catchy name. “Spaghetti-Dance” sounded silly, therefore, it was hardly marketable. It was Bernhard Mikulski, the late founder of ZYX Records, Germany, who coined the ubiquitous term “Italo Disco” in 1984. The name caught on with the fans (many fans shortened to just Italo) and it was destined to describe perhaps the most misunderstood and under-appreciated genre of electronic dance music. The “Italo Disco” logos, decorated in the colors of Italian flag (as seen on the picture), were printed on sleeves of every promo sampler and mixed LP released and marketed by ZYX. In only four years (1984-1988) ZYX released 13 volumes of 2LP sets “The Best Of Italo Disco”, and 10 volumes of “Italo Boot Mixes”.

Many Italian musicians released records under various aliases. Perhaps that was a marketing strategy to get their records on the air, or it was a deliberate business decision by record label owners who reputedly refused to invest any money into promotion of any one particular “artist”.‡ Instead, the investment was made into a “brand name” like Den Harrow (three different vocalists), or Joe Yellow (also three different vocalists) etc., making the “real artist” disposable. Record label owners believed it was much cheaper to promote music this way: if an artist commanded higher fees, a record label would give him/her a boot, and hire someone new to do the job. After all, there was no shortage of musical talent in Italy.

Regrettably, lyrics played a minor role in Italo Disco songs. Many Italian Dee Jays-turned-singers couldn’t really speak English at all, therefore you can often hear voices being manipulated by computers or using a vocoder with overdubs.

“…A perfect example where the melody is amazing and the lyrics are awful is in the song “Love In Your Eyes” by Gazebo. Could be as pop perfect a song you’ll ever hear, however, “You are just a damn sequencer/Digital Delay” would not go down in history amongst the most beautiful or meaningful lyrics ever written.”

It was so easy to record an Italo track that almost all the Dee Jays working in Florence recorded their own track! (Ago, Riccardo Cioni, Grecos, Marzio Dance, Eddy Trauba, Miki Fornaciari & the others). All that they needed now was to find a record distributor.