The A-Z Of Electro 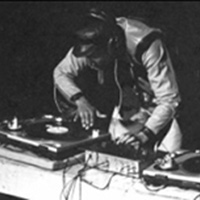 In its original incarnation, Electro was black science fiction teleported to the dancefloors of New York, Miami and LA; a super-stoopid fusion of video games, techno-pop, graffiti art, silver space suits and cyborg funk. Now that Electro is back, David Toop provides a thumbnail guide to the music that posed the eternal question: ‘Watupski, bug byte?’

C
Cybotron, the Detroit brainchild of Juan Atkins and Rick Davies, alias 3070, creators of “Clear”, “Techno City” and “Cosmic Cars”. Cold Crush Brothers were old-school South Bronx pioneers but they joined the beat wave with “Punk Rock Rap” and “Fresh, Wild, Fly And Bold”. Captain Rock, Captain Rapp and Captain Sky did their space cadet thang, but nobody could go further out into the phunkosphere than George Clinton. Role model for young American blacks who wanted to dress up in tinfoil and join Outer Spaceways Incorporated, George proved there was life in the old bionic dog by releasing the analogue squelching Computer Games in 1992.

D
Davy DMX, Queens DJ, multi-instrumentalist and creator of “The DMX Will Rock”, named himself after the Oberheim DMX, drum machine of choice in mid-80s HipHop.

E
Electro-pop, British style: Depeche Mode, Ultravox, Human League, {ln:Gary Numan}, Thomas Dolby et al. The one-finger keyboard techniques of Depeche Mode were an inspiration to a generation of scratch DJs across the Atlantic. 808 (as in Roland), the beatbox whose artificiality liberated Electroids from drum cliches.

H
With 70s albums such as Sextant, Thrust and Headhunters, Herbie Hancock anticipated many tropes and tricks of Electro. His Electro tracks with Bill Laswell – particularly the smash hit “Rockit” – were not such a future shock, and his earlier music has aged better. In Hollywood, the cinematic possibilities of robot beats and moves in the doomed megalopolis were ill-served by such films as Beat Street, Breakin’ and Flashdance. As (almost) always, the best ideas were the cheapest, a principle suggested by one scene in Breakin’ (renamed Breakdance 1 in the UK): a dance routine with a broom and Kraftwerk’s “Tour De France”. Post-Electro, the human beatbox, exemplified by Dougie Fresh and The Fat Boys, was a biological response to the drum machine.

I
For glorious one-offs it’s hard to beat “We Come To Rock” by the Imperial Brothers, “Running” by Information Society (a Latin freestyle prototype followed up by relentlessly dull quasi-‘British’ Electro-pop albums) or “Inspector Gadget” by The Kartoon Krew.

J
Boston’s Jonzun Crew, led by Michael Jonzun, were literally the most wigged-out Electro act of all, basing their stage appearance on Beethoven. For mutant cyberian phunk, their Lost In Space album, particularly the menacing “Pack Jam”, remains chilly the most. Regrettably, Jonzun and his brother, Maurice Starr, went on to produce lukewarm mainstream R&B. Jonzun Crew, along with virtually everybody who was anybody, were mixed or remixed by Jellybean. DJ at The Funhouse, John ‘Jellybean’ Benitez met Madonna in the DJ booth one night, stepped out with her for two years and mixed her records, thus drawing a strong link between Electro and the biggest female star in music.

K
{ln:Kraftwerk}, the showroom dummies who caused Bambaataa to scratch his head and say, “‘Scuse the expression, this is some weird shit”. For “Planet Rock”, Bam used the melody from “Trans Europe Express”. Over the distinctive 808 beat, the effect was spectral. The idea of making music from pocket calculators appealed to kids accustomed to scratching vinyl. Meanwhile, in the UK, Morgan Khan made a developing genre of music financially accessible to an entire generation with his Streetsounds Electro series of compilation albums.

L
Since young Hispanics – male and female – formed the US core audience of instrumental Electro, the cyber-salsa teen romance of Latin HipHop was an inevitable evolution. Notable for thunderous dub mixes, slushy chords and sentiments, melodrama and bad clothes, this mid-80s phenomenon was represented in New York by Shannon, Amoretto, Cover Girls, TKA et al; in Miami, Expose were brand leaders. Central to the scene due to their Electro edits, Latin HipHop production and remixing were the Latin Rascals – Albert Cabrera and Tony Moran – who made the endearingly trashy Back To The Future album (titles include “A Little Night Noise” and “Yo, Elise!”).