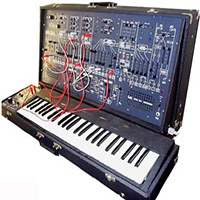 Back in 1975, when the first issue of Keyboard hit the stands, there were only a handful of companies making synthesizers. The first polyphonic instruments had just appeared, and programmability was still several years in the future. The leaders of this fledgling industry were Moog Music and ARP Instruments, both of which were named after their founders — Bob Moog and Alan R. Pearlman. Over the years, ARP produced a number of keyboards that were eagerly embraced by musicians, including the Odyssey, the Pro-Soloist, and the Omni, and one — the 2600 — that remains a classic. Today, however, ARP no longer exists.

What happened? To some extent, changes in technology caught up with ARP. A major part of the company’s design philosophy was explicitly to recycle existing circuit boards into new instruments, which left plenty of room for newcomers in the industry, unencumbered by outmoded components and concepts, to take advantage of developments such as microprocessors. In addition, outside observers often noted that ARP seemed hypnotized by the idea that they had to design things differently from Moog. They ignored some good, usable ideas — notably the pitch-bend wheel — for no better reason than that Moog was using them. Allowing somebody else to define your products’ identity in a negative sense is bound to be risky, especially in an expanding industry where there are fewer and fewer good ideas left unused.

Nevertheless, ARP built good products, and they sold well. The major problems that developed in the company were due less to design flaws than to corporate mismanagement. These problems were detailed in an article in the November 1982 issue of Inc., a magazine for business management. Realizing that few of our readers would be likely to run into this issue of Inc., we arranged to reprint the article in the pages of Keyboard. The facts and figures below were marshalled by Craig R. Waters, a senior staff writer at Inc., and appear here unchanged except for the abridgement of a few passages and the correction of some minor technical inaccuracies having to do with synthesizers. We also spoke to Philip Dodds, formerly the vice-president of engineering at ARP, who was able to rescue his entire engineering team and the nearly completed Chroma synthesizer from the ashes of ARP and give them a new home at CBS Musical Instruments, where they joined the Rhodes piano division and re-christened ARP’s last project the Rhodes Chroma. Dodds’ comments add another perspective to the article that Inc. called “Raiders Of The Lost ARP.” 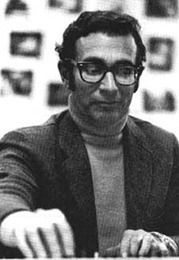 Alan R. Pearlman never really understood the world of rock music; for him, it was groupies, drugs, and inarticulate musicians. Pearlman, 57, an engineer who had been weaned on classical piano and had spent five years designing amplifiers for the Apollo and Gemini space programs, found pop musicians inexplicable at best and flabbergasting at worst. Yet the company he founded in the late ’60s quickly became one of the premier manufacturers of the synthesizers used by such people. From its inception, ARP was on the cutting edge of technology, and by the mid-’70s it enjoyed preeminence in the marketplace. It had 40% of the $25 million [synthesizer] market, surpassing Moog Music, whose predecessor, {ln:Robert Moog (1934 – 2005): A Tribute ‘R.A. Moog Inc.}, had created the first well-known synthesizers. But by 1981, Pearlman’s Lexington, Mass., company was dead, the victim of miscalculation and the worst form of management: no management at all.

Pearlman is now attempting to recover face, fortune, and his faith in free enterprise with Selva Systems, Inc., a microcomputer software company. As chief executive officer of Selva, he sits in a small office one flight up from a store that sells electronics kits in Wellesley, Mass. — only 10 miles from the site of ARP’s luxurious 50,000-square foot plant. “We still have a roof over our heads, and if this company goes, we’ll keep it; if it doesn’t, we won’t,” notes Pearlman, who lost $1 million in paper assets and, for a while, his peace of mind, because of what happened at ARP.

A brilliant engineer, Pearlman co-founded Nexus Research Laboratory Inc., a maker of solid-state analog modules (precision circuits used in amplifiers and test equipment, for example), and nurtured it to a solid $4 million sales status before selling out to Teledyne in 1967. Aroused a year later by Switched-On Bach, the first major recording done on synthesizer, he returned to an earlier interest, electronic music. In 1948, as a student at Worcester Polytechnic Institute, he had written a paper on the subject, saying, “The electronic instrument’s value is chiefly as a novelty. With greater attention on the part of the engineer to the needs of the musician, the day may not be too remote when the electronic instrument may take its place … as a versatile, powerful, and expressive instrument.”

Twenty years later, Pearlman made the leap from speculation to reality. “I went into the basement,” he says, “and did some playing around.” His tinkering yielded promising sounds and, shortly, a new company. With $100,000 of his own money and $100,000 from a small group of investors, he set up ARP Instruments in 1969, and in 1970 the company unveiled its first instrument, the ARP 2500.

Creating notes electronically rather than mechanically had been achieved within a few years of the invention of the vacuum tube in 1904, and the first viable ancestor of today’s synthesizers, the Ondes Martenot, made its debut in 1929. But the idea of voltage control wasn’t applied to musical instruments until 1964, when the first commercially available instruments, built by Moog on the East Coast and Don Buchla on the West Coast, appeared. By 1969, in part because the instrument used on Switched-On Bach was a Moog, Moog owned the market.

Perhaps because Moog and Buchla were using patch cords, Pearlman elected to do signal-routing in the 2500 with a matrix switching panel, a criss-crossing grid of horizontal and vertical lines into which pins were inserted to make electrical connections. With this system, some users reported excessive cross-talk between theoretically independent signal paths — which might under some circumstances be musically useful but would more likely cause problems.] The 2500, however, enjoyed one distinct advantage. The oscillators used by Moog tended to drift in pitch, which necessitated frequent retuning and made live performance difficult. “We were better at analog electronics,” explains Pearlman. [Bob Moog unhesitatingly confirms the superiority of the early ARP instruments in this respect.]