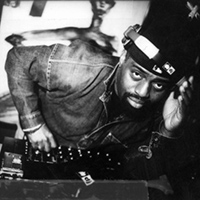 Frankie Knuckles was born in the South Bronx of New York City on January 18, 1955. He got into spinning after being offered a job by Tee Scott, who he sees as one of the legendary DJs, and was further prompted into it by the late Larry Levan when they used to work together back in 1972 “The Gallery,” an early New York club which was owned by Nicky Siano. Knuckles then moved over to the legendary “Continental Baths” in 1973 to work as the alternate D.J. for {ln:Larry Levan (1954-1992) – Remembering a Legend…. ‘Larry Levan}. When Levan left in 1974 to open his own club, the prototype for “Paradise Garage,” Frankie assumed the head D.J. slot and remained at the baths until it’s closure in 1976.

In 1976 Larry was involved in setting up “the Garage” when he was approached by a group of investors and asked to become the resident D.J. of a new club they were opening in Chicago. Larry didn’t want to leave the Garage and suggested his friend Frankie instead. Since the Baths had just closed down, Frankie took the job and moved to Chicago. In March 1977 he played the opening night and so began the legend of “The Warehouse.”

In Chicago, in the late 1970’s and early 1980’s, if you were young and hip you were at “The Warehouse.” The club was a three story ancient factory building in the desolate west-loop industrial area. The club legally held 600, but as many as 2,000 people would cram themselves into dark enclave to experience Frankie’s magic. Mostly gay, nearly all black, they would dress with elegance and comfort for the evening’s journey. Many would nap before hand to maximize their energy. For that one night a week, from Saturday night into Sunday morning, the crowds would lineup to pay their $4.00 and be transported to another world.
“In the early days between ’77 and ’81, the parties were very intense. They were always intense, but the feeling that was going on then, I think was very pure. The energy, the feeling, the feedback that you got from the room, from the people in the room, was very, very spiritual.” recalled Frankie.

I personally experienced that magic and intense feeling. While I was working at Dugan’s Bistro in the late 1970’s, Frankie would often come in to visit Lou DiVito and that’s how I first met him. Later as I D.J.’ed there, he too would stop in to visit me. Many Saturday nights after the Bistro closed a group of us would travel over to the Warehouse to continue partying into the early morning hours. My rememberances of the Warehouse was that it was very dark, at times you couldn’t even see your hand in front of your face. and the music hit you in the middle of the chest like a closed fist. I remember being the only white boy in a sea of withering black bodys, being moved to dance alone, feeling like I was sharing in something totally unique…..I was. The intensity of the atmosphere and the music made it a spiritual event. The crowd would be so worked up and all the heat from the bodies would literally cause the walls to “sweat.” At times I would hang out in the booth with Frankie and be mesmerized by his genius. Watching him take the crowd up and down and just when they thought they had gotten it all, he’d blackout the room and play the sound effects of a roaring freight train……totally intense stuff!

In the early 1980’s my friendship with Paul Weisberg led to working in his record pool, I.R.S. (Independent Record Services). And later helping Paul to establish Importes Etc., a leading import and underground record store. Through these two channels I was able to become closer to Frankie and often supplied him with much of his classic material. Often times Frankie would bring us a record and we’d stock it. And based off of his playing it we’d literally sell hundreds of copies of it. Those were heady days…Chicago was a real hotbed of exciting clubs and music.

Frankie worked at “The Warehouse” from day one until late 1982 when he left and opened up his own club – “The Power Plant.” Similar to the Warehouse, the Power Plant was located further north, on Halsted St. just south of Division, near the infamous Cabrini Green projects. Frankie was as terrific as ever, but the tides had changed both musically and spiritually. He ran the Power Plant until 1986 when it was closed down and then Frankie moved on to “COD’s,” followed by the “Power House.” In 1987 he decided to move back home to New York city. 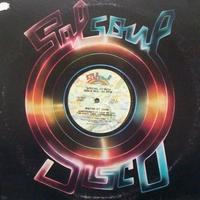 By 1987 “house” music was in full swing and Chicago is widely recognized as it’s birthplace. The whole genre of house music can be traced back to Knuckles and his influence on the city…hence the term “house music.” When Frankie decided to move back to New York it was not because the Chicago scene had died but because he wanted to expand beyond just spinning. Frankie had already started branching out as early as 1983 when his Warehouse classic, “Let No Man Put Asunder” was released on a 12″ single. The song, from a First Choice album released in 1977, had never been issued on a single before. Largely because of his influence in making it a hit he was asked by Salsoul to provide a remix of it. Viola……a Warehouse classic became a global classic!

That first taste of studio work led to Frankie producing and releasing tracks for the Chicago based label {ln:Trax – The House that built Chicago ‘Trax}. The label was devoted to sparse instrumentals and local vocalists. As owner/producer for Trax he also dabbled in primitve song writing. Some of his penned numbers included: “Beat The Knuckles,” “Baby Wants To Ride,” “Bad Boy,” “Cold World” and “Your Love.” The latter was a tremendous hit for Jamie Principle and literally launched the Chicagoan’s career.

As house was blossoming, so too was the demand for Chicago-based records. D.J. International got in on the wave and released Frankie Knuckles’ “You Can’t Hide” to critical acclaim in 1986. This was his biggest success to date under his own moniker. With the obvious success Frankie was having in the mid 1980’s in Chicago it was apparent to all that in order for Frankie to fully realize his talents he would have to leave the midwest. The natural and logical choice was New York, not only because it was home, but because it was the music capitol and the club scene pinnacle.

Upon arrival back home Frankie set about take New York by storm. Through his success in Chicago Knuckles had made many valuable contacts. His spinning career took on new heights with spots at the Big Apple’s most prestigious clubs including stints at The Roxy and The Sound Factory. Along with other New York luminaries, David Morales, Satoshi Tomiie and Bobby D’Ambrosio, Knuckles founded Def Mix Productions which Judy Weinstein (For The Record) manages.

As the 1990’s unfolded the art of spinning made name D.J.’s into hot tickets. Salaries skyrocketed and the thirst for name D.J.’s to do guest spots increased ten-fold. Frankie took advantage of this and parlayed his name and talents into a handsome living. This led to opportunities to remix some of the most legendary artists and their works. His name can be found on 12″ singles remixes of songs by Janet Jackson, Diana Ross, Luther Vandross, Michael Jackson and over two hundred others. He has done so many remixes that not even Frankie himself can recall them all. Sadly there is no complete listing of them. But anytime you see a 12″ single that bears his name on it you can be assured that it represents quality and taste.

When Frankie signed with Virgin, the enthusiasm was high among house aficionados; but in fact, his Virgin debut, “Beyond The Mix,” isn’t the all-out house extravaganza many were predicting it would be. Instead the collection, like Knuckles, is a compendium of textures and tastes. Pop, house and rap sounds abound.The CD definitely has its strong points — including Lisa Michaels’ seductive vocals on “Sacrifice” and the haunting “Rain Falls” and Shelton Becton’s gutsy performances on “It’s Hard Sometime“ and the gospel-influenced “Soon I Will Be Done.” At its best, “Beyond The Mix” is far superior to most of the songs heard on urban contemporary radio in 1991. But the real treasure is the global hit “The Whistle Song.” The hook ladened number was so catchy that Madison Avenue came calling. The song was featured in a nationwide ad campaign for “Lipton’s Iced Tea” while similtaneously topping the dance charts. Of course the debut album was an out of the box smash and earned Frankie unanimous praise.

Frankie waited four years to release his second album. The wait was well worth it. “Welcome To The Real World” was a musical tour de force with fierce singer Adeva spotlighted on vocals. The 12″ singles “Whadda U Want (From Me)” and the number one dance hit “Too Many Fish” are just two of the splendid tracks featured. Wedged between “Fanfare” and “Tribute” are eleven tracks that once again prove Frankie’s uncanny genius at tapping into a central groove among all races, genders and ages. Once again the album brought critical acclaim for Frankie and further enhanced his name within the music industry.
As the 1990’s crested, life was sweet for Knuckles. Besides releasing two popular albums, international guest spots and continued remixing for such artists as Chaka Khan, En Voggue and Sabrina Johnston. Frankie was the first D.J. turned producer to win a Grammy Award for his mixing skills in 1997.

After his contract with Virgin Records was fulfilled. Frankie laid low for awhile choosing to balance his time with remixing projects, guest spots spinning and writing. As the millenium approached Knuckles was back in the bins with “Choice” a double-disc of personal favorites. 2001 saw Frankie team with Annabelle Gaspar for a disc of remixes, “2001 Mardi Gras” celebrates the genius of both. Most recently Frankie has released his third album, “Motivation” a joyous uplifting collection that most resembles his days of glory at Chicago’s “Warehouse.” The album features Donna Allen, Nicki Richards, Annette Taylor and SuSu Bobien.