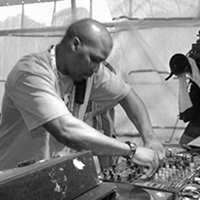 Perhaps the most underrated figure of Detroit techno’s first wave, Blake Baxter began recording in the mid-’80s before Motor City mainstays like Derrick May and Kevin Saunderson. Presaging the influence of erotic house during the late ’80s, Baxter was inspired by the sexual soul of Barry White and Prince as well as cosmic funk machines like Parliament and Funkadelic. He released his first single on the seminal Chicago house label DJ International and recorded several classics for Saunderson’s KMS Records, and by the ’90s cultivated his connection with Detroit’s techno subversives Underground Resistance, for whom he served as a guiding light.

With the Detroit scene on the rise after the release of his DJ International and KMS material, Baxter ducked the hype centered around the crucial compilation Techno: The New Dance Sound of Detroit (though his productions figured prominently on it) and moved to the obscure Incognito label. Seminal releases Sexuality, the Crimes of the Heart EP, and his 1990 debut album The Underground Lives signalled a newly independent-minded producer, and he also spent much time in Berlin during the early ’90s. The extended stay yielded several releases, including the Logic singles “Brothers Gonna Work It Out” — later sampled by the Chemical Brothers — and a 1992 album titled The Project. He also recorded with Orlando Voorn as the Ghetto Brothers. Back in Detroit, he recorded “Prince of Techno” for Underground Resistance and set up his own labels, Mix Records and Phat Joint (the latter focused more on hip-hop). In 1995, Baxter released a retrospective on Disko B entitled The Vault. Two years later, The H Factor (Hurricane Melt) followed, also on Disko B. The mix album A Decade Underground appeared in 1998. Dream Sequence was issued in 2000; Dream Sequence 3 followed a year later. 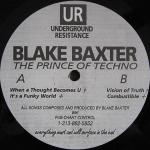 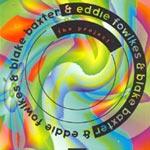