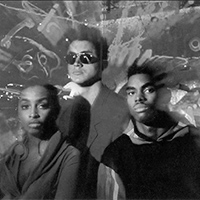 Over and above their standing as one of the best and most innovative groups from hip-hop’s golden age, Mantronix provided rap music with its first man-machine, Kurtis Mantronik. A turntable master who incorporated synthesizers and samplers into the rhythmatic mix instead of succumbing to the popular use of samples simply as pop hooks, Mantronik exploited technology with a quintessentially old-school attitude which had little use for instruction manuals and accepted use. After the hip-hop world began to catch up with Mantronik’s developments, he moved from hardcore rap to skirt the leading edge of club music, from electro to ragga, techno, and house.

Kurtis Mantronik, like almost every early hip-hop DJ, was born in Jamaica on September 4, 1965. He first started mixing on the turntable around the time he was ten years old, and after moving to the United States and linking up with his master of ceremonies, MC Tee, in 1984 cut their first track, “Fresh is the Word,” which so impressed the head of Sleeping Bag Records, that Mantronix, as they would be called, were signed immediately to a contract.

Their big break came with the release of the 1986, The Album. Featuring “Fresh Is the Word” and the new tracks “Bassline” and “Electro Mega-Mix,” Mantronix defined the new sound of electro-funk. Mantronik used a polyrhythmic style, similar to West African log drumming, but instead of acoustic drums, the rhythm would be carried by the combination of electronic drums, synthesizer, vocoder and/or synthesized voice over a bass line completely played on the synth. No samples of James Brown here. This was truly electronic music: spare, funky and immensely danceable, an homage and simultaneous extension of old-school hip hop’s electronic template that had started with “Planet Rock” in 1982. The feeling of Afrika Bambaataa, Grandmaster Flash, Kraftwerk and Neu all combined in Mantronik’s music. It was a neat tie between old-school and new jack, and Mantronix had the field to themselves.

Hip hop itself was changing rapidly. Almost simultaneous with Mantronix, Run DMC had broken on the scene with a completely new approach to the music that featured much more sampling and emphasized the hard, punk rock side of the music that had always been latent in Mantronix, Busy Bee and others. Their style also had the heavy hand of an outside producer in their music, which pointed toward the next big act in hip hop that was just about to break: Public Enemy.

Mantronix had to respond in some way to the new developments. The second Mantronix album, also from 1986, Music Madness, seems at first a continuation of the first, and songs like “Who Is It” certainly are further explorations into electronic polyrhythm and voice-as-electronic percussion. But by the time their third album, In Full Effect, had come out in 1988, hip hop had changed drastically, shaken by the much harder-edged sounds of Public Enemy, NWA and Too Short. 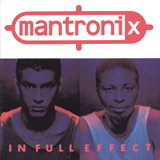 Typical of Kurtis Mantronik’s commercial sense, his response was typical. In Full Effect is a much softer album, quike unlike the music contemporary with it. It is much less complex rhythmically, and more like a hybrid of r & b slow-jam and old school hip hop, minus the funk sound. With the loss of MC Tee after In Full Effect, the new Mantronix direction became even more obvious. New MC Bryce Wilson and female vocalist Jade, and new label Capitol Records ensured a more commercial and smooth sound that many people called a sell-out.

In truth, the new Mantronix sound was the old Mantronix sound. The only difference is that Mantronik had only explored the new sound when producing others’ albums. In the same year as his first album, Mantronik also produced Joyce Sims’ Come Into My Life. Now recognized as a harbinger of the new-jack swing sound, Come Into My Life was clearly a fusion of rhythm & blues with electronic beats, the very same sort of fusion one would later find on the Mantronik-produced Nu Shooz Poolside and the late Mantronix albums, In Full Effect and The Incredible Sound Machine. Not one to stay too long in one track, Mantronik would revisit his hardcore roots by producing JustIce’s Gun Talk in 1993 at about the same time as Mantronix’ own This Should Move Ya. Never predictable, everyone wondered what was next with Mantronix.

Just after that, Mantronik dissolved his second band and took a long break from the music scene. After ten years of shows and records, he said quite simply that he needed private time. His extended leave from the hip-hop world may also have had to do with the numerous changes in the music and in the industry. Hip-hop had become incredibly commercialized, glib and formulaic, and was showing every sign of decline. Vanilla Ice, Hammer and Kris Kross had opened the field to any poseur with a microphone, and the rise of the producer veered the music away from its vital roots as a club-based music toward a recorded marketing label.

Mantronik himself always referred to his own albums as commercial projects, “something you do so you can do what you really want.” His softer sound on album was the converse of his heavy, intricate polyrhythmic, ever-changing shows. Typical of his style and personality, Mantronik viewed the stage and the club as the place where it all really happened, and that was the venue to which he returned in 1998.

Beginning with a long tour of the UK, Mantronik began to stake claim once more in the club scene. “When I think of making an album, I think of what will hit in England,” he once said in an interview. England was the natural place to resume his career. The sound of his music was more powerful than ever, but still clean and spare. Mixing and remixing tracks with only his SP 1200 and tape machine, Mantronik recreated the big beat sound with his chemical breakbeats and sharp attack.

The smooth, commercial sound of Mantronix was nowhere to be found in his live show, and with the release of his 1998 album, I Sing the Body Electro (with guitarist Carlos Alomar of David Bowie fame), nowhere to be found in his remixes, either. New singer Traylude lent a still-basic rhythm & blues feeling to some of the album, but there was no mistake that Mantronix had definitely changed direction for good, away from the hardcore hip-hop that had become so weak and patent, toward the new club scene of ambient and big beat electronica.

One can only imagine what his 2001 album F–King Dynamite will sound like. In his last twenty years, Kurtis Mantronik has been the link between old school–Grandmaster Flash, Twilight 22, Soulsonic Force, Kraftwerk–and new schools: big beat, ambient, trip hop. When hip-hop was losing its innocence, Mantronik kept its original club spirit intact. Party Music, Dance Music, Electronic Music–everything hip-hop was and could be–that was, and is, Mantronix.

Meanwhile, Kurtis Mantronik is as creative and restless as ever, still playing in the clubs where hip-hop once grew up. All over, new artists pay respect to the “King of the Beats.” From Prodigy to Beck, his music is quoted, sampled, copied. Mantronik finds it all amusing, and works away at his new projects and his club schedule, anxious to get back to the wax.

That seems to be where Mantronik is most happy: at the turntable, in front of dancing bodies. Mantronik is still there, King of the Beats, pushing his music in different directions.