New Beat: One Nation Under A (Slowed Down) Groove

“The club scene is very big here, with thousands of young people going to clubs every weekend, yet the national radio just plays mainstream rock and pop. The press has only been picking this up for a couple of months because it’s such a big scene – they can’t just keep on ignoring it. If you can find 50,000 people buying one record without any press or radio pushing it, something definitely must be going on.” 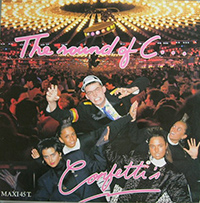 Marc Grouls echoes the problem: “At the moment Belgian TV and radio will play anything that comes from abroad, and some Belgian stuff they know – mostly Flemish slagen music. For us it’s really frustrating – Confetti’s ‘Sound of C’ has sold over 56,000, it’s been in the Top Five for weeks; Amnesia’s ‘Ibiza’ is Number Eight… and they won’t play it. We have to fight against the media.”

“There’s a lot of frustrated musicians playing journalist,” says Bellucci. “In Belgium there’s only three or four talented journalists that take themselves seriously and are listening to records. It’s difficult for them to think that we are successful when in their opinion we are not musicians.”

“A lot of these new names are going straight to the top of the chart,” adds Engelen. “The radio doesn’t know 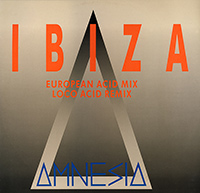 them, so they lose control. That’s something they can’t stand here. Jade 4 U or Morton Sherman Bellucci are always working on many projects – it’s very hard to follow if you’re not on the inside.

Patrick de Meyer of T-99 isn’t put off that his records don’t receive rave reviews: “The press is not a big problem. I think it’s good for New Beat – if the people into the music read such an article they’re going to buy more. They play the records to escape from reality – there’s still some darkness and mystery in it. If it was always in the press or on TV the mystery would disappear. There is some tension,some vaultage. It keeps New Beat alive.”

Luckily distribution is no problem. Shops like USA Import or Music Man in Ghent service most of the country’s DJs.

“Thousands of copies of each record will sell there,” explains Bellucci. “They break a record and slowly, very slowly, this crosses over.”

In the last two months that crossover has seeped abroad. Major British labels are falling over themselves to grab a slice:

Virgin 10, Jive, MCA, most of the UK’s dance labels and a host of others are also getting stuck in. There’s even a dodgy British version of ‘Flesh’ knocking about.This has come as a mighty shock to the fraternity; I mean, since when did Britain look towards Belgium for it’s music? Maurice Engelen finds it all a bit much.

“When I saw the interest at the beginning of the year, I thought I’d call a few companies in London because it was taking off. There wasn’t even one percent interest. A year ago if you printed Made In Belgium on a record cover it would be the reason it didn’t sell… now Jive Records are asking me if it’s alright if they print it on the cover!”

Roland Bellucci is more relaxed. “We were surprised at the beginning, but after a couple of months we were expecting it. It’s flattering when record companies calland ask us to remix this one or that one, but we try to keep cool.”

In parallel to UK dance releases, all the New Beat hits have stemmed from independent labels.

“The records have to be made very fast,” says Engelen. “If a major company does something it always takes weeks to decide. That’s the strength of the independents – you have to react directly.”

“The majors are scared,” Bellucci reckons. “There’s a lot of sampling in this scene. We are aware that some of the things we are doing are not very legal. Also, the whole story of this Acid thing going on in England has kept them away”. Not only were the majors scared, they were highly suspicious. They rallied round and set the Belgian equivalent of the British Phonographic Industry onto the indies, unable to believe such sales figures and chart positions.

“We had a lot of investigation,” Maurice understates, as did Ferrari, USA Import and others.

Some reactions have been not quite so bad. Maurice has received favourable post from DJs like MARK MOORE; JELLYBEAN loved Morton Sherman Bellucci’s ‘Beat Professor’; even FRANK ZAPPA wrote in praise of Subway records. “His letter was very strange… he said it sounded like James Last plays Zacharias!”

It’s in the clubs however that the scene is really kicking. After Fat Ronnie’s mysterious departure from the Ancienne Belgique, three new clubs picked up the action – Prestige in Antwerp, Vertigo in Brussels and Ghent’s Boccaccio club.

All are high-tech pleasure domes fitted with shockingly expensive hi-fidelity sound systems that grind to the beat.

Sunday night at Boccaccio is the pinnacle of the New Beat week – here even the doorman’s made a New Beat record. Porches and BMWs line outside the neon splendour of this 2,000 capacity haven; inside it’s like imagining the Tackhead Sound System at the Hippodrome.

The crowd are decked in high fashion by Six of Antwerp or Boy of London, flaunting imported Oxford Street ‘Have A Nice Trip’ t-shirts or flamenco fashions. Most wear the spanking new design from New Beat Fashion, a sweatshirt Maurice launched the previous week. Retailing at eight pounds, the 600 tops designed by Bart Declerq and Indriz Jossa sold out in a day.

Back in Boccaccio, the drinks are as expensive as the threads. This is no place to have a headache in – even ‘Oochy Koochy’ can’t rattle these speakers. The sound is acid-tinged but the mood stays as solid as that bass drum beat.

So where does it go from here? Morton Sherman Bellucci have experimented with Reggae New Beat (New Beat Sensation’s ‘Robbin’ And Stealin”), opera (Danse Macabre’s ‘Spirit Of Bulgaria’) and global influence with their releases on the World Today label.

The beat is pumping faster than the original 90 bpm to catch up with Acid’s trance dance…. Marc Grouls is bringing a soundtrack atmosphere to New Beat with his In-D releases…. and every week more and more New Beat tracks fill the racks.

“Because of the success everybody wants to make New Beat,” shrugs Maurice. “All the guys who were coming to us with Flemish folk song cassettes came to us in September with New Beat. There’s a lot of bullshit in there.”

Unfortunately the more unscrupulous end or the market started printing their own stickers, so a new, foolproof “New Beat: Made In Belgium” logo has just been designed.

It’s this kind of attitude that sparked my Belgian visit – a mixture of naivete and corruption pervades, like the Larry Parnes era of the early ’60s.

The strongest impression is, however, of great generosity – our party received free records, designer New Beat wear and enthusiastic debate wherever we went. If you’re going to discover some New Beat, think of that spirit.

by Richard Noise
(a.k.a. Richard Norris of The Grid!)