New Beat: One Nation Under A (Slowed Down) Groove 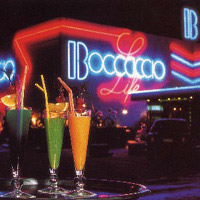 First there were a few more club flyers boldly proposing a shift from Acid, if not nationally, at least amongst that ficklest of fraternities, the London club scene. Then came the news filtering through from the States of obscure 12″s on independent continental labels cropping up in weekly dance charts. Top House producer Kevin Saunderson started name checking the discs, Red Rhino started importing them, London Records suggested the inevitable compilation and every A&R man in the land jumped aboard a Sabena airline flight to check out the new talent. A disjointed, subsonic dance pulse is causing the biggest shock waves ever to grace European ears. The sound is New Beat and it’s coming outta Belgium. Belgium? C’mon, what the hell is going on?

The story, or at least this version, goes approximately like this . . .

In the early ’80s, a dedicated Belgian underground frequented a smattering of dancehalls throughout the land dedicated to the dictates of electronic music. Places like The Happy House in Aarscholt, the Apelier in Leuven and On The Beach in Kortrijk all spun a variety of import material, from The Normal’s ‘Warm Leatherette’ through Throbbing Gristle’s ‘United’, checking A Certain Ratio, DAF, Cabaret Voltaire and Medium Medium along the way.

The scene receded in the smaller Belgian outposts as the decade wore on, but remained consistent in Antwerp, where a shiny new venue named the Ancienne Belgique opened its doors with a capacity of 2,000. Notorious and later jail-bound local DJ Fat Ronnie, who’d worked his way up from smaller Antwerp clubs like Scandals, began to mix favourites from the suburban venues with film music and tracks from the likes of John Foxx and Soft Cell.

“We didn’t think it possible to entertain 2,000 people with that kind of music,” DJ Marc Grouls reflects some five years later. “We were still playing Top 40 music, but the spark was there. A lot of people from outside town came to Antwerp, they began to call it AB music, after the club.”

Fat Ronnie’s inspiration snowballed when Marc and a handful of other DJs were listening to ‘Flesh’, the latest 12″ from Belgian electronic band A Split Second in Antwerp’s USA Import record store. By slowing the pitch control down to a lurching 33, Marc transformed the track from pleasant Euro-Industrialism to the melodramatic, pomp-laden epic that’s been firing London warehouses all summer. “Then,” as Marc puts it, “we started to talk of Belgian New Beat”. The pitch-altered Split Second disc reverberated throughout the Belgian DJ community. It came to the attention of Maurice Engelen, a former promoter who had brought the likes of Modern English, Eyeless In Gaza and Josef K to the country, and later set up Antler Records with one Roland Bellucci.

“DJs from all around Belgium were playing ‘Flesh’ at different speeds,” recalls Maurice. “I saw there was a strange atmosphere on the dance floor when they played the record, so I asked Bellucci to produce another record with the same ingredients.”

Bellucci teamed up with cohorts Morton and Sherman to produce a 12″ under the name Fruit Of Life, entitled ‘Not Afraid To Dance’.

“We had been working for maybe a day and a half on the track, and tried to make it as interesting as possible,” states Roland. “There were lots of funny breaks and effects, lots of crazy things happening. We went over to USA Import and played them the tape. The guys from the store and a couple of DJs who were there said ‘take out this one, that break there – take out that one’.

“So I went back to the studio and spliced the tape – I took out all the bits and pieces. We listened to it; it was just bashing for six and a half minutes, from beginning to end… but alright, we thought, if they want it, they’ll have it that way. We put it out and in two or three weeks time we sold five thousand copies. We couIdn’t believe it.”

‘Not Afraid To Dance’ was the first in around 50 12″ releases that have emerged from premier New Beat label Subway Records, Maurice and Roland’s newly formed division of Antler. Maurice smelled success and started looking for new material.

“I asked a few other people that I knew to make a few records for me – Jade 4U, Dirty Harry, Chris Inger and Praga Khan. The sales figures for an obscure Antler band were less than 1,000, but on Subway the first 1,500 always sold out in no time.”

Meanwhile, the influence of ‘Flesh’, Boytronic’s sublime Euro-smash ‘Bryllyant’ and German band 16 Bit’s local hit ‘Where Are You’ filtered through to the most technologically advanced musicians in the vicinity. The New Beat hits started rolling in.

Jo Bogaert, a musician with previous experience working on theatre and ballet scores, created Nux Nemo, notching up the first New Beat Number One last summer with ‘Hiroshima’. It stayed on top for seven weeks and established the form as a viable chart alternative. Since then the new Beat 12″s have poured in, all on independent labels like Subway, R & S, Ferrari and Indisc. Some are terrible and some merely adequate, but when they work, these tracks scale the heights of the more substantial end of the Belgian scene, the Electronic Body Music hardcore, populated by acts like Front 242, The Weathermen and Neon Judgement. One thing’s for sure – New Beat is selling by the bucketload. And it’s about to make it’s way over here.

So what does it sound like? Well, the records are slowed down to a constant, yielding bass drum thud; New Beat is a sparse, relentless Mogodon groove.

Roland Bellucci explains: “From our point of view the tempo is important – the slow beat, between 90 and 115 beats per minute. In the beginning we did a lot of tracks at 90 bpm, then it became a little faster.”

Why so slow? Marc Grouls: “Here in Belgium we can’t dance to an Acid record on normal speed – we can’t follow it because we don’t take drugs or anything! You just need a beat to bring you into a trance, with not too many words. It’s not too difficult, it’s dance music.”

“You play Nitzer Ebb at normal speed? We never do that! Only on one song – ‘Alarm’. We said with ‘Alarm’ that this is the absolute limit – after that there’s only pain. Now people accept it … you can see the borderline always pushing a bit further….”

“We mix very loud,” adds Bellucci, “like we’re in a club with maximum power. We are aware that most of the tracks are listened to in clubs; you have to give yourself to the sound, let the sound come over you.”

Maurice Engelen views New Beat as a combination of other dance styles: “What’s good about New Beat is that the best ingredients are taken from the other dance styles. They took the low bass drum and heavy old synthesizer tunes from Electronic Body Music, they also took sounds from Acid.

“It’s not like Detroit Techno or the Chicago scene or the London Acid scene – New Beat is a reaction to disco – I don’t think Deep House will catch on in Belgium. New Beat is completely soulless – it’s sterile music created to dance to and nothing else. We don’t have a rap or hip-hop culture here. Belgium is so under attack from France, Germany, England and the United States; you are bombarded with all these different sounds. HI-NRG from Italy, the music of England… we became a meltingpot for all this different music. The DJs got fed up with it – suddenly you could hear Brian Eno and David Byrne’s ‘Jezebel Spirit’ or ‘Regiment’, Kraftwerk or PiL’s ‘Death Disco’ (a New Beat rare groove that changes hands over here for around 150 British pounds). Everything got mingled up because you hear so much.”

When I broached this subject most Belgians couldn’t see it; they just muttered something about British sexual hang-ups that I didn’t quite catch. Maybe there’s no translation for ‘sexist’.

It all started with Subway 001, an anti-AIDS tune entitled ‘I Don’t Do A Thing With A Thing On My Thing’ a Chris Inger/Praga Khan project. Maurice from Subway struck upon the bright idea of issuing the record as a limited edition with a free condom.

“We made 1,000 with condoms stuck on the cover. From the 1,000 we sent out, we had 700 returns from the shops because people had ripped off the condoms! I said to Inger and Khan, ‘We’ll do it again, but this time you’ve got to put the condoms on the covers. From the 700 going back to the shops, once again, another 500 came back!” The sexy sampling debacle really took off with a Morton Sherman Bellucci project entitled ‘Move Your Ass And Feel The Beat’ by the Erotic Dissidents. With its monotone sub-Village People hook, it’s more camp than offensive, but the Belgians were shocked and sales began to soar.