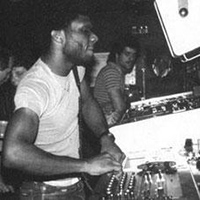 There are no DJs, living or otherwise, who have had such potent mythology constructed around them as Larry Levan. His tragically premature death in 1992 signalled the end of a remarkable career that still casts a shadow over the dance community. Talk to any New York DJ of a certain age about music and it’s likely that Levan’s name will be mentioned in the first ten minutes. He is widely quoted as being the greatest modern DJ, whilst the club that he presided over for ten years – The Paradise Garage – is held in equally high regard.

Born in Brooklyn in 1954, Levan got his break in 1972 when the DJ at the club where he worked, the Continental Baths, was sacked. The owner told him to go home and get some records, “It was Memorial Day weekend,” Larry recalled. “I went back to Brooklyn and borrowed records from my friend Ronnie Roberts who had everything. I went back and worked for three straight days.” After spending over a year at the Baths, a friend, Richard Long (who would later construct the mighty Garage sound system) invited him to start a night together, the Soho Club on Broadway. After losing that space, they moved to 143 Reade Street where his reputation was swelling. “I started working there and it got so crowded I just used to open up the windows and let the sound go out onto the street. When the club had to close because of overcrowding, they asked me not to play anywhere else until the new club opened.”

That new club was The Paradise Garage. A huge warehouse-like space that had been converted from a garage into a membership only club. It partially opened in 1977 with only the smaller room open (they didn’t have sufficient funds to finish it) and a sound system that had been specifically designed by Levan and collaborator Long.

What made Larry so special was his understanding of drama and how to create it, with pauses between songs, sound effects or later, with his collaborator on Peech Boys project, Michael DeBenedictus, on live keyboards. He understood space as much as music – he was a great fan of dub reggae, and often played productions by Jamaican rhythmatists, Sly & Robbie. His genius was a great ear for music, often displaying bewildering eclectic tastes; telling stories through his sets. I remember that he played like he was in your living room. He played all types of music, whether it was slow or fast; he didn’t care so long as he captured that vibe. Technically, he wasn’t a great beat mixer, but he was, if not, one of the greatest music programmers.

From disco classics like MFSB’s ‘Love Is The Message’ (A Garage Anthem) to unreserved rock freakouts like Steve Miller Band’s ‘Macho Citry’, Levan threw the lot into the Garage melting pot creating a stirring brew of rhythmic intensity. Levan was the original balearic DJ before most people even knew where the Balearics were.

Larry not only made his mark as a DJ, his studio work demonstrated a progressive mind at work as well. From his earliest remixes (‘Got My Mind Made Up’ by Instant Funk, Dee Dee Bridgwaters ‘Bad For Me’) through to his work with Bernard Fowler and DeBenedictus as New York Citi Peech Boys, Levan showed the same stripped down dubwise mentality that producers such as Francois Kevorkian and Arthur Russell had shown with their work. The Peech Boys ‘Don’t Make Me Wait’ and ‘Something Special’ were both Garage favorites as well as becoming great records on their own right elsewhere, while mixes such as ‘Heartbeat’ by Taana Gardner pre-empted the house sound with its stripped-to-the-beat sound.

Larry Levan’s physical decline began well before the Garage closed in 1987 and continued as he guested at clubs around NYC and, by that stage, the world. London’s Ministry of Sound brought him over for 3 days and he stayed for 3 months. He arrived 8 days late with no records. ‘No records they said? Where are they’ ‘I’ve sold them all’. He had a massive heroin problem at that stage and he’d regularly do his wages before he finished playing. And he’s sell his collection on a regular basis. His friends would go to the market and see it for sale; buy it back for him and he’d resell them again. In the end, they gave up. Shortly before his death, he went on a tour of Japan with Francois Kevorkian, who remembered it like this: “Larry went into a set of Philadelphia classics which was just so poignant, so emotional because the message of all the songs said he was really hurting. We all felt it at the time, but I think he pretty much knew he was dying and all the songs he played were so deeply related to how life goes. He played Jean Carne’s ‘Time Waits For No One’ and the Trammps ‘Where Do We Go From Here,’ and I realised that this was one of the best moments of greatness that I had ever witnessed in my life. It was so obvious, so grand, such a drama to it, that you just knew.”

Larry Levan died two months later in November 1992. Each July on his birthday, a remembrance party is held in New York for him with old Garage DJs like David Depino, and Francois Kevorkian holding court (NYCs Sunday Night Party at Vinyl ‘Body & Soul’) a testament to the influence he has exerted over dance music in general and New York in particular. (MOS The Manual)

I know that I will always remember how nice Mike Brody, Mel Cheren, Joey Llanos, David DePino, Kenny Eubanks and the rest of the Paradise Garage family were to me during my upbringing in this religion of music. I also thank God for my late friend Keith Haring who introduced me to Larry at his ‘Party of Life’ at the club. And to all the Core Mechanic “card carrying” Saturday Night Garage Hippies – ‘Uno, Dos, Tres, Quatro….boom boom boom boom R.I.P. Larry.