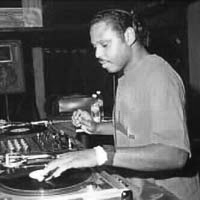 Though others did more in the pioneering of Chicago house during the early ’80s, Jesse Saunders deserves mention for being part of the two records which debuted house music on wax. First, as an addition to the band Z Factor, Saunders wrote and recorded the 1983 single “Fantasy” for Mitchbal Records. Later that year, he founded his own Jes-Say Records and released “On and On,” the track usually pointed to as the beginning of house music. (Actually, DJs and producers had been recording before this point, but most tracks were played only at the clubs on reel-to-reel tape machines). He maintained his legend status in Chicago despite leaving for the West Coast and a major-label production deal by 1986 (well before the scene exploded around the world). There, Saunders began recording more R&B-oriented projects (like Jesse’s Gang) meanwhile remixing and working production for various pop artists.

Born on the south side of Chicago, Saunders collected records from an early age and got into DJing during high school, through his brother. The duo played at high schools all over the area, and Saunders made pause-button megamixes using funk and disco records. After he was introduced to the DJing of {ln:Frankie Knuckles} at the Warehouse, Saunders began playing more disco-oriented music and, though he spent a year studying at the University of Southern California, he returned in the summer of 1981. Drawing bigger and bigger crowds to his events, he eventually began playing at a large venue called the Playground. When one of his bootleg megamixes was stolen from his crate, Saunders decided to re-create the record with a drum machine and synthesizers he owned. The result was a track called “Fantasy,” and after the members of a local electro group named Z Factor heard the song, they convinced Saunders to join their group. The single was released in 1983 on Mitchbal Records, owned by the father of one bandmember.

The first vinyl-pressed recording to approximate production techniques utilized in a club setting by DJs like {ln:Frankie Knuckles} and Ron Hardy, “Fantasy” was dubbed the first house record. Using the bed of “Fantasy,” Saunders recorded “On and On” later that year and released the single on his newly formed Jes-Say Records. It too became a club hit, and influenced dozens of producers to try and gain label releases as well. After the basement-style production of “On and On,” Saunders began to polish his style with singles like “Funk You Up” and Z Factor’s “I Am the D.J.” 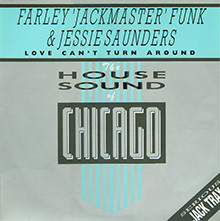 Though he had a hand in the recording of the first big house crossover hit, 1986’s “Love Can’t Turn Around” by Farley Jackmaster Funk, Saunders wasn’t around when the next wave of house records dropped on the Chicago scene. With a contract from DGC Records in hand, he left later that year for the West Coast and recorded the album Center of Attraction under the rubrick Jesse’s Gang. The album went nowhere, but Saunders became a remixer of note, working with Paula Abdul, Smokey Robinson, George Clinton and Mavis Staples, among others. In 1997, he recorded an album called Chicago Reunion with appearances by classic Chicago house compatriots {ln:Marshall Jefferson}, {ln:Adonis}, {ln:Armando}, {ln:DJ Pierre} and Tyree Cooper.