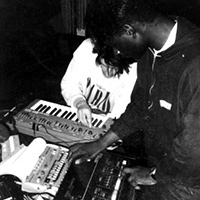 One of the only enduring bands to emerge from Manchester, England’s acid house scene, 808 State create groundbreaking music and remixes. Paving the way for electronic outfits such as Underworld and Prodigy, the group was initially on the periph ery of what was known as the “Madchester” phenomenon. When the press initially discussed acid house, they usually focused on dance music from a guitar angle. Bands such as the Happy Mondays and the Stone Roses received most of the coverage, wh ile 808 State were busy pioneering British techno. Their popularity grew, however, and the group continued to diversify their style. Although 808 State’s exposure in the United States has only been moderate, they have had 18 top 20 hits on the Britis h charts alone.

808 State formed in 1988 when two customers of the Eastern Bloc, a legendary DJ record shop in Manchester, began talking to the store’s owner and founder of the label Creed Records, Martin Price. The customers were Graham Massey, from the 1980s band Biting Tongues, and Gerald Simpson. Once the three realized how much they had in common, it was only natural for them to decide to collaborate. Their first release was a hip-hop style EP, which they recorded under the name Hit Squad Manchester, alon g with MC Tunes. After this attempt, they renamed themselves 808 State after the Roland TR 808 drum machine they used and for their collective state of mind.

The group’s first album as 808 State was Newbuild, released during the summer of 1988 on Price’s Creed Records. A raw acid house album, it has become collectible. During the recording of their second album, Quadrastate, Simpson left the band to continue with his side project, A Guy Called Gerald. Massey and Price then recruited two DJs, Andrew Barker and Darren Partington, known as the Spinmasters, to fill the hole in the band. Quadrastatecontained a single called “Pacific State.” At this point, things started to happen for the band. For quite a while, “Pacific State” had been an anthem at the clubs and raves around Manchester. All of a sudden, the song began to climb up the national charts, and all of England began to dance along with the kids from “Madchester.” 808 State was signed to the ZTT label, and musicians from around the scene started to make regular appearances on the British Broadcasting Corporation’s (BBC) music television show Top of the Pops.

In 1990, the band released Ninety on ZTT. It again included “Pacific State,” which was now a full-blown hit. The album was also released in the United States as Utd. State 90 on Tommy Boy Records. Around this time, the band produced an album for MC Tunes and also released several hit singles, including “The Only Rhyme that Bites,” “Tunes Splits the Atom,” with MC Tunes, and “Cubic/Olympic.”

After a parade of diverse singles, 808 State released Ex:El in 1991, a major sales success. The album featured guest vocals by New Order’s Bernard Sumner and Björk, who was just beginning her solo career after he r departure from the Sugarcubes. These two tracks and the unusual single “Lift” all showed that the band had depths they could reach outside the boundaries of acid house. “This has always been our problem,” Massey told Richard Hect or-Jones of Melody Maker. “After ‘Pacific State’ we went off at so many tangents, it’s amazing people stuck with us. We’ve never followed a single with another one that sounded anything similar.”;

As the Madchester phenomenon grew larger, it also grew more commercial. 808 State headlined Manchester’s massive G-Mex festival in 1991, but the initial culture had been lost and the scene was dying. 808 State’s contemporaries the Happy Mo ndays were decimated by drug problems and personality conflicts. The Stone Roses had contractual problems and also suffered from drug burnout and disappeared for five years. Also, Price decided to leave the band and work as a solo producer, forming the la bel Sun Text.

In 1992, the band released the album Gorgeous, which included a remake of the UB40 classic “One in Ten.” Around this time, the group was also extremely busy with a variety of remixing work for various artists i ncluding David Bowie, Soundgarden, and Bomb the Bass. They then embarked on a tour with New Order, opening their eyes to a world of possibilities outside of England. The tour included a huge show with New Order at the Hollywood Bowl in California. ” We saw the way dance music was going,” Barker explained to Hector-Jones, “and we just f***ed off around the world. If we hadn’t done all this traveling, we wouldn’t have lasted five years, let alone ten.” All of this exposure e xpanded 808 State’s style, making their work broader and more eccentric as time progressed. After extensive touring, the band took a break and released nothing until the single “Bombadin” in 1994. They also released a fan club-only CD cal led Statetostate, which included previously unreleased material.

Over the next two years, the band worked on a new album, which proved to be much more experimental than their previous work. Released in 1996, Don Solaris included collaborations with artists such as James Dean Bradfield o f Manic Street Preachers, Louise Rhodes of Lamb, and Michael Doughty of Soul Coughing. This album showed the band to have a darker side. To celebrate its release, a free concert was held at the Castlefield Amphitheatre in Manchester in June of 1996.

On the tenth anniversary of 808 State’s inception, 808:88:98 was released in May of 1998. This album coincided with the tenth anniversary of the genesis of acid house as well. It was preceded by and featured two new r emixes, “Pacific808:98” and “Cubic98,” and one new song, “Crash.” “You know, the weirdest thing about putting together this compilation,” Massey told Hector-Jones, “is realizing how mad half the single s we put out really were. I threw on the compilation the other day and just shook my head going ‘Why? Why? Why?’ At the time, I was mystified that a track like ‘Lift’ couldn’t get in the charts. But listening to it today, the reason’s simple… it’s about 18 different tracks nailed together!”

808 State re-released Newbuild on the Rephlex label in 1999, marking their first release in a triple vinyl pack. The group’s schedule stays busy with remixing production work as well, having completed a track for the Stone Roses remix album called the “Made of Stone 808 State Mix,” in October of 2000. They also frequently appear as DJs around England.

808 State’s studio and stage talents have pleased crowds and helped the group to consistently pioneer and push the envelope of the techno genre. Their list of remix credits is also endless, with the band’s favorite collaborators being Davi d Bowie, Jon Hassell, Quincy Jones, R.E.M., Rolf Harris, and Tom Jones. Through it all, 808 State have never stopped expanding their style and have never been afraid of surprising their audience. As of 2000, the group left ZTT Records. 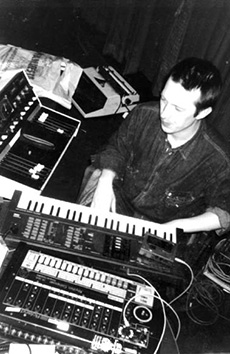